David Root of Wild Mountain Forge has chef and paring knives in stock at the Durango Farmer’s Market. (Courtesy) 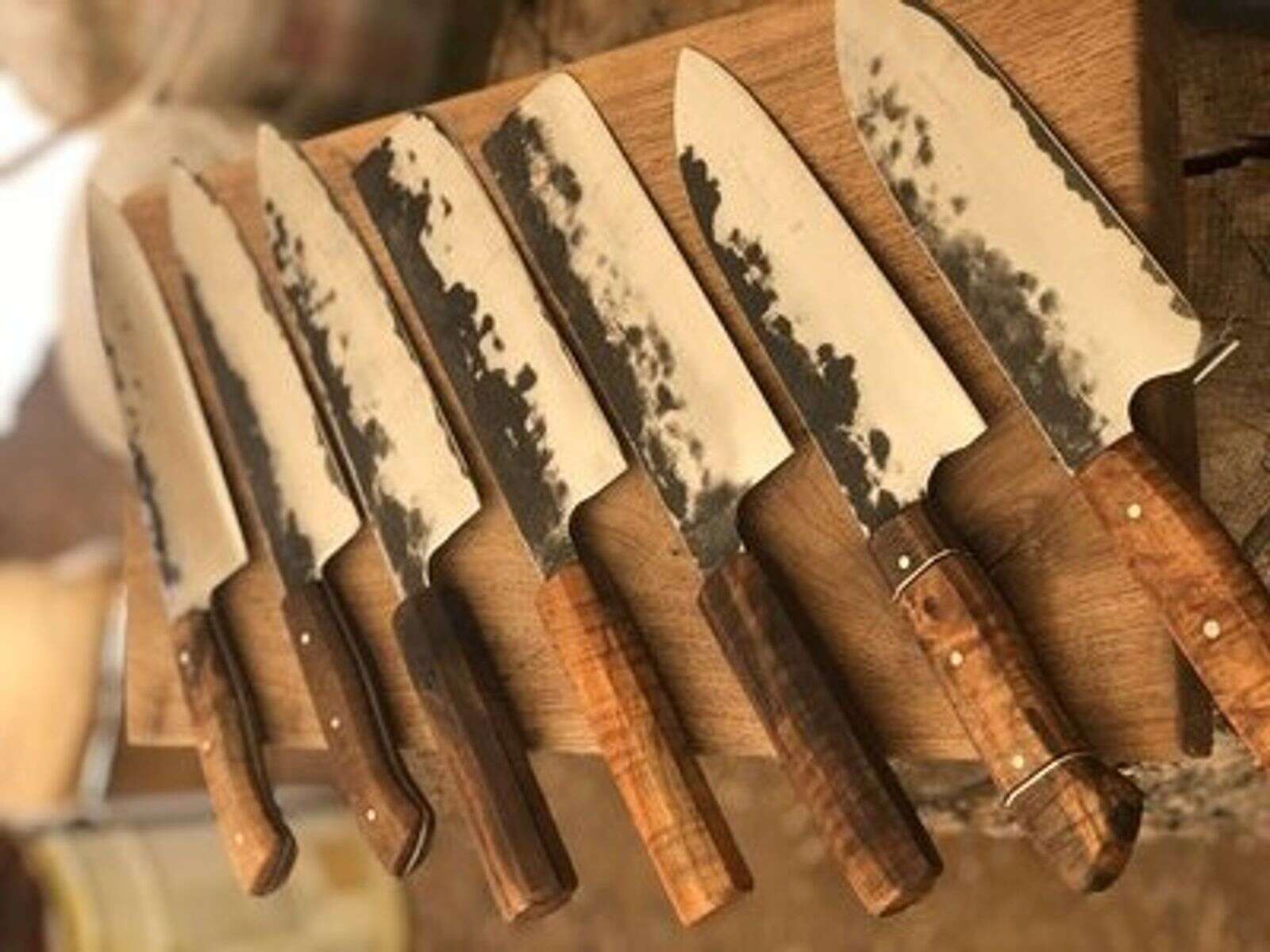 As a carpenter, David Root has always had an interest in hand tools. Originally from Santa Fe, he wanted to move to a small rural community and have a product he could sell locally.

Root came across a book by Murray Carter who spent decades blacksmithing in Japan and was the first Westerner to receive the Yoshimoto Blacksmith distinction. A Yoshimoto blacksmith is someone who can trace their work and techniques to one of Japan’s traditional blacksmith families.

After reading Carter’s book, Root was hooked. Luckily for him, Carter eventually returned to the United States and Root got the opportunity to train with him. His interest in blacksmithing and tool making honed and Root began making knives.

For five years, Root has been making knives with business in mind. He moved to Mancos with his family three years ago and now sells knives at farmers markets in Durango and Telluride.

His knives are of traditional Japanese style. It takes Root about six to eight hours to forge a knife.

“I mainly use rolled steels to make a knife. The more you make a knife, the more brittle it becomes,” he said. “So by using rolled steels, you can have softer steel to the side and just pop out the harder steel core right next to the cutting edge.

“What it does is it allows me to keep the cutting edge thinner and harder, which is better for cutting performance,” he said. “So this really fine, fine geometry of the Japanese knife and this hardness is what gives it such legendary cutting ability.”

“They have some interesting polishing methods and ornamental work on the fretboard that has a lot of appeal,” he said.

He currently has chef and paring knives in stock at the Durango Farmer’s Market. In addition, he offers a much appreciated knife sharpening service at his kiosk.

Wild Mountain Forge will be at the Durango Farmers Market from 8 a.m. to noon every Saturday this season.